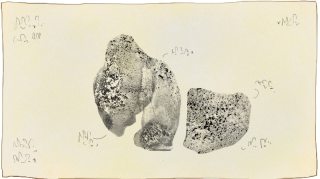 In 2005, at the SMAK Museum in Ghent, Simona Denicolai & Ivo Provoost, arranged for police cars, fire-engines and ambulances to drive around the Floraliën hall, with sirens running, forming a chaotic ballet of emergency in the night sky. The artists then organised a rave in the museum, creating the sense of an illicit event whilst surrounded by the sounds of the authorities. Flash forward 15 years, and in the summer of 2020, sound systems and dance parties are being patrolled, invaded and fined by authorities more than ever before. Covid. The great separator. The no-touch-tyrant. The anti-raver, colonised the planet.

When we realised that the festival could not happen, we wrote our community a love letter.

“We might not be meeting on the lakeside dancefloor, but we are transitioning to a Parallel Edition that will take place beyond merely the virtual realm, involving many of the artists, performers, workshop leaders, activists, collectives, and you, should you decide to join us on this wild, off-road quest. This is a chance to flip the script on how we connect, how we find meaning, how we heal our home, how we create, share and experience art. We can learn to travel with our eyes closed and be with one another in ways we haven’t yet imagined.”

This was how The Space Between came to life.

We started with an exercise in festival deconstruction, mapping out the ingredients of physical-realm Waking Life, which included: a melting pot of friends and strangers, inventing as we go along, an eye for detail, cryptic clues and wild goose chases, knowing you can’t see it all and flipping FOMO into JOMO, getting to know each other better and cocreating the collective experience, while choosing your own adventure coloured by music, arts and scintillating conversation.

But content needs form. And since neither dancefloors nor treehouses, nor lake rafts, nor forest light-installations, nor witchy teepees were available to us, we tried to create virtual proxies, a cyber bar area where people could interact, a crystal for video viewing, a teleporter to dive into the digital realm and a cryptic time code to create virtual anonymity as we uploaded ourselves into the matrix. We also staged some outdoor live events and participatory artistic exchanges, but it was all a sobering reminder that we were deeply longing for the real thing.

We were not fully aware of the challenges involved in pulling this off. Lockdowns started to ease when The Space Between kicked off. People wanted to be outside in the sun and not behind a computer screen, especially after overdosing on screens for 3 months. Instructional emails arriving in spam folders were the smallest of set-backs. We sometimes hyper-enigma-fied a treasure hunt with hidden happenings, which lots of people couldn’t find. We learned that a mysterious riddle isn’t always a particularly engaging one, that a festival built from pixels needs to be even more bite-sized than we thought, and a bunch of participants found the choose your own adventure format challenging and gave up.

Demotivation, whether due to uncertain-covid-restrictions or difficulty in reaching people, was a force to overcome. Coupled with team fatigue, the production of The Space Between was far from a walk in the park. However, it kept us busy, it kept us in creative problem-solving mode, it offered stimulation and togetherness, even if we kept colliding with the digital divide.

If there was one overarching insight it was pure validation that festival culture as we know it, is irreplaceable. There is no substitute. There are partial fixes, some satisfiers, but all in all anticlimactic when compared to the real deal. The transformative power of a peak experience, the explosive and tender realities and surrealism of a human carnival and the collective entrancement, cannot be replicated. If you have emphysema we can 3D print you a new trachea, but if you got the blues we cannot 3D print you a festival. The ancient, sex, drugs and rock n’ roll lineage of the early cults of ecstasy, upheld that states of raging enthusiasm empty the body creating space for newness. They initiate the revelers into paradoxical and fluid states so that they can navigate through weirdness, and by celebrating life through movement, touch, sound and ceremonial frenzy. These ancient ravers were familiar with the spaces between.

Those spaces between binaries are home to fluidity, fuzziness, mess, blurry lines and creative chaos. It is in the liminal spaces that we are forced to pause and examine the strangeness of reality, the weird nature of existence. And this is what we did during The Space Between, stepping into a parallel-dimension-pandemia-deconstructed-festival experience, we gave ourselves some room to play and explore altered states of being.

The space between childhood and adulthood, between feminine and masculine, between lunch and dinner, between melancholy and joy, between sobriety and comedown, between evening and night, between a lockdown and a festival, between the last morning dream and waking life.